Interview with Mary of Burgundy

This week, we have the pleasure of chatting to the young duchess Mary of Burgundy, who has travelled through time to visit Chillon. She gets straight down to business, talking about her princessly hobbies, and is sure to give us some juicy details on her marriage.

Silhouette of Mary of Burgundy and Biography 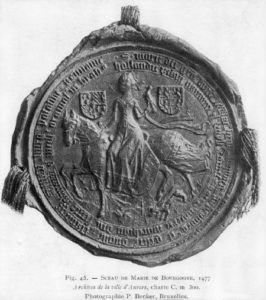 Great seal of Mary of Burgundy for the duchy of Brabant, 1477
© Stadsarchief, Anvers, inv. 303

1393 Marriage to Count Amadeus VIII of Savoy in Chambéry

Marie of Burgundy, contrary to what your name might lead us to believe, you are the duchess of Savoy, right?

Mary of Burgundy: Yes, I am descended from the dukes of Burgundy (she laughs). My father founded the dynasty. A marvellous man. Did you know he was the youngest son of King John the Good of France? In 1356 when he was just 14 years old, he was so courageous in the Battle of Poitiers against the English, that he was given a pretty cool nickname: Philip the Bold! A few years later, as a reward, Grandpa John ended up giving him the duchy of Burgundy.

And how did you end up in Savoy?

Through the joys of the marriage market! Papa was very successful as the head of the Burgundian States. He was an excellent politician. Jean Froissart, who was the closest thing to a famous royal correspondent at the time, said he ‘could see the bigger picture’. He married well, which brought him plenty of territories in northern Europe! In this game, anything goes; weapons, diplomacy or marrying off your children. With Savoy, he chose the third option (she smiles wryly).

Tell us more, your Highness.

Papa arranged to have me married to the heir to the counts of Savoy, our neighbours. Spoiler alert: the plan was a roaring success… A marriage treaty was concluded shortly after my birth, but a few ‘issues’ got in the way. In (very) short, my husband’s father died while his heir was still a minor. So, a regency was established until he turned 18. But who would take charge? There was a bit of a cat fight between his mother and his grandmother, which escalated into fisticuffs. My father stepped in as referee and put our marriage on the table. 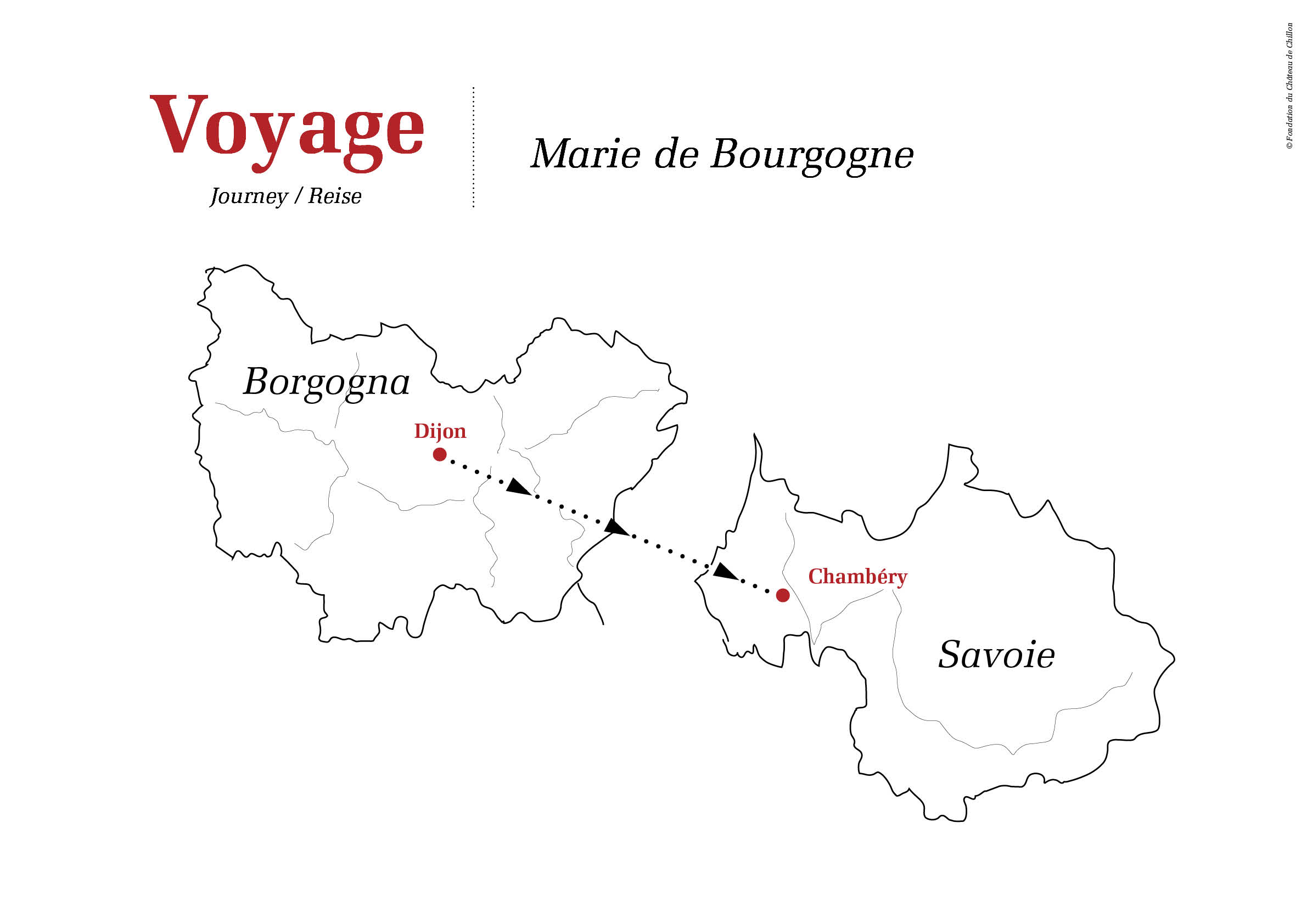 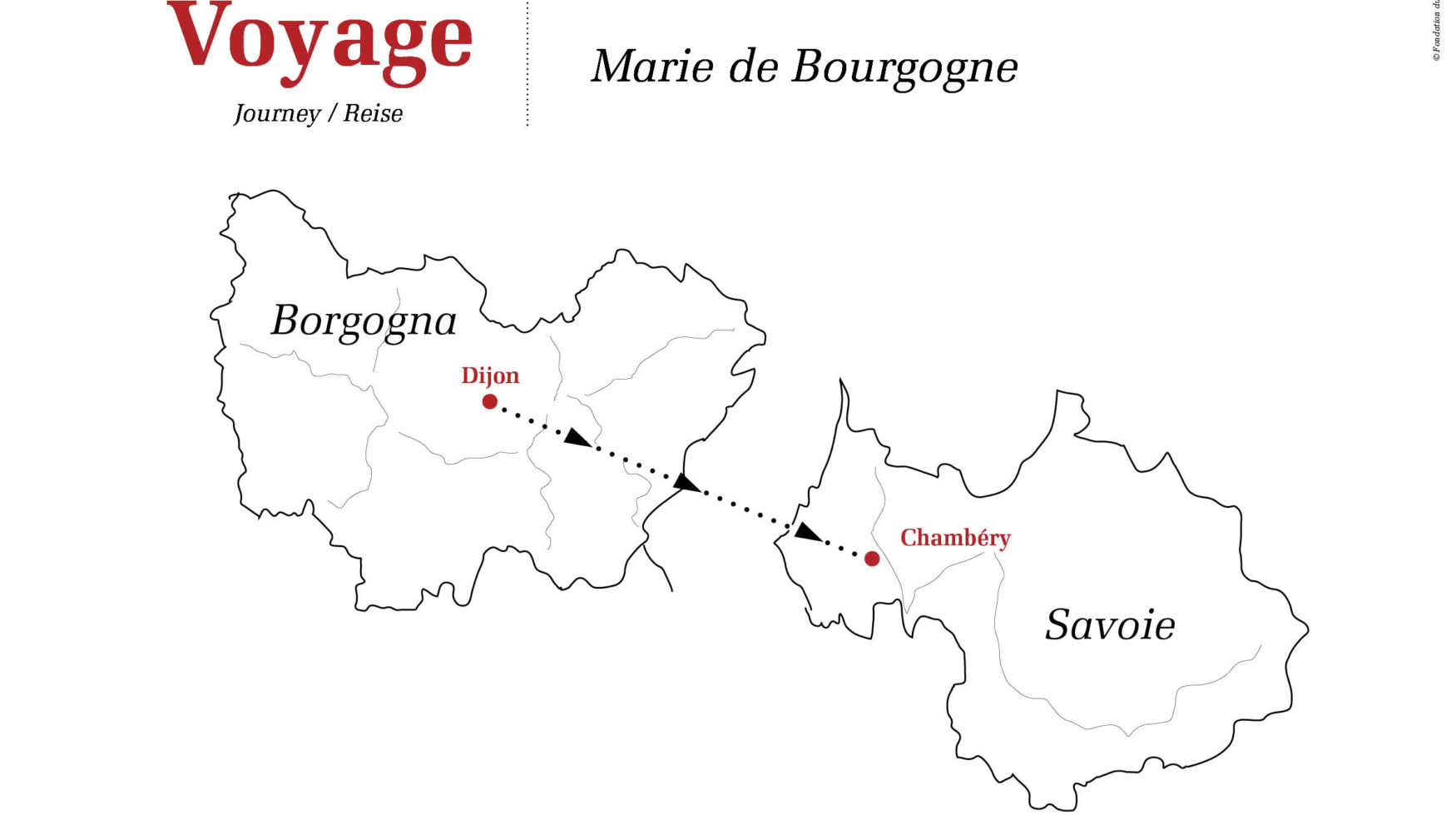 How did this political wedding ceremony play out?

When the marriage was agreed upon, my dear Amadeus was three years old, and I was three months! Even if we weren’t old enough to give our consent, that didn’t stop our folks (she laughs). After many patient years, a marriage ceremony took place at Chalon-sur-Saône on 30 October 1393. He was ten and I was seven… I didn’t move to Savoy until ten years later when I was 17 years old. A bride must leave them wanting more…

It’s true, there was the matter of the dowry – the money that a wife brings along with her when she marries (she sighs)… When you’re the daughter of the duke of Burgundy, it can be sky-high: 100,000 gold francs in my case. You can’t just hand over that sort of money from one day to the next. Papa had arranged to pay in four instalments, but it’s rare for dowries to be paid over time. Unsurprisingly, the accounts weren’t settled until 1434, 48 years after the engagement! 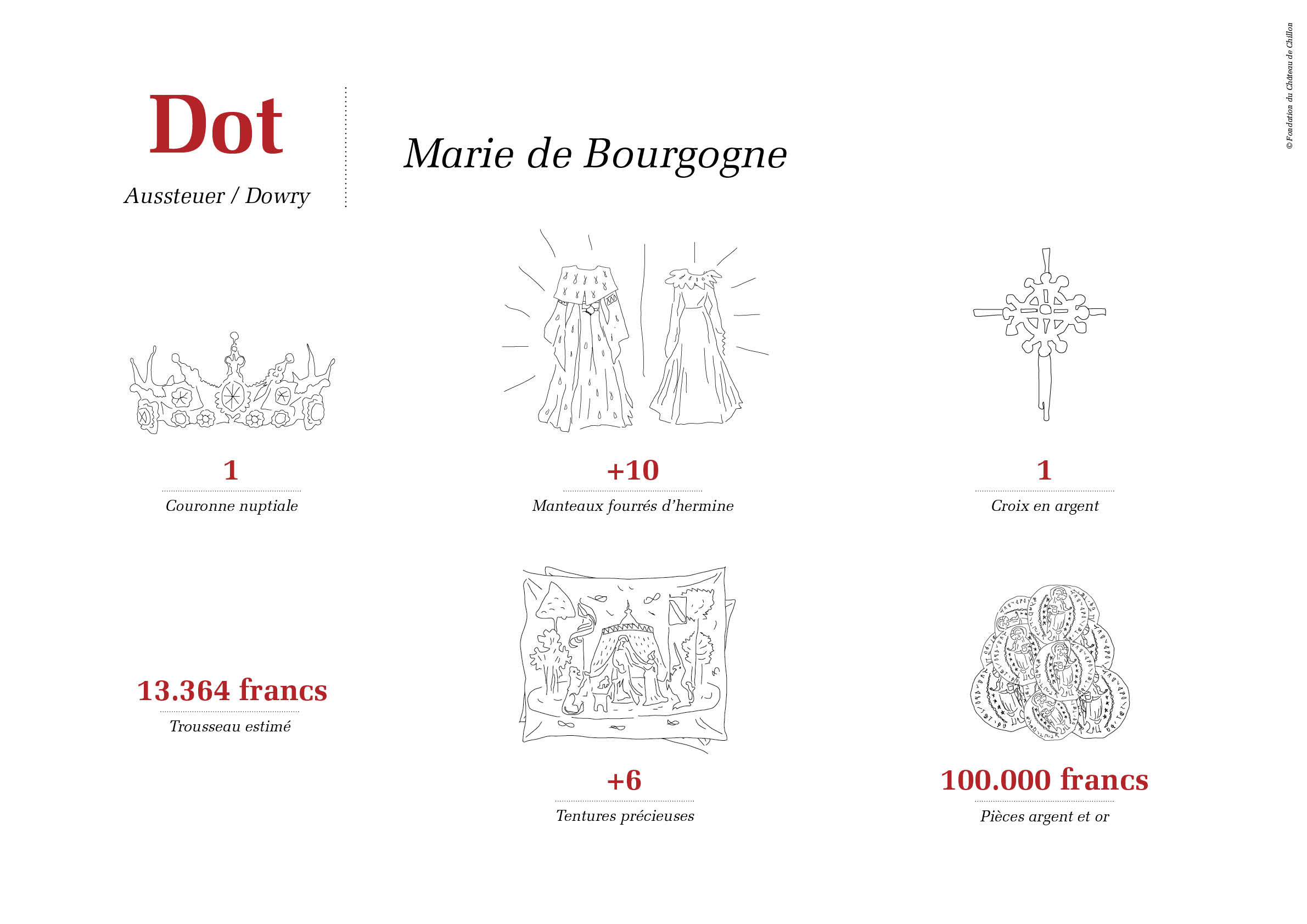 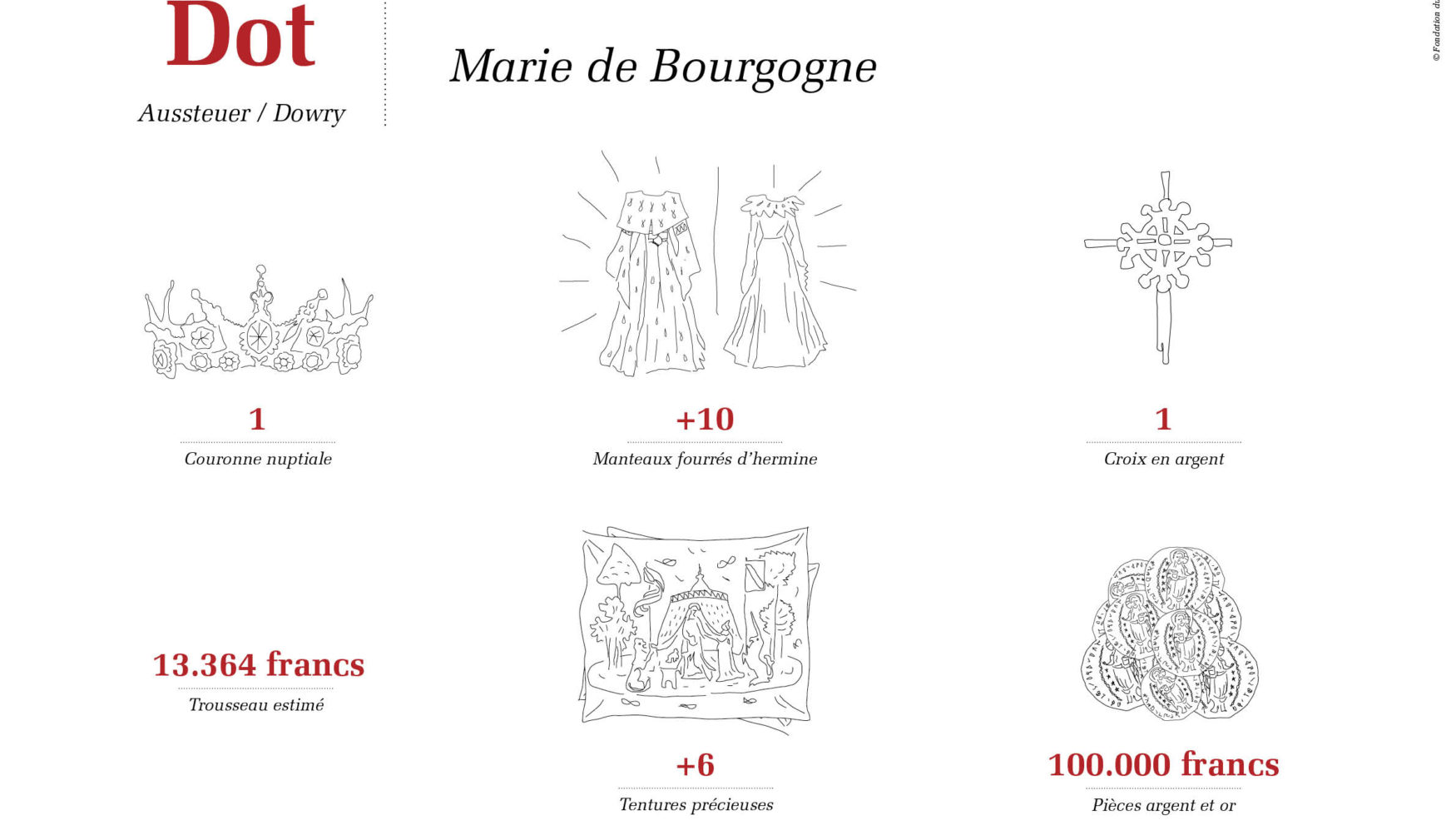 What sort of duchess were you?

My father’s court was pretty flashy. So, in the beginning I had to go full ‘Savoy’… People from the Alps are about as lively as monks mid-Lent! It was a nice surprise when the countship was elevated to a duchy in 1416. I was the wife of Duke Amadeus VIII! But don’t be fooled, that doesn’t mean I didn’t have fun beforehand. I was most proud of my little menagerie. At the Château de Ripaille, I installed a dovecote, attracting stags and ewes, even a cheetah! It was unheard of in Savoy! Unfortunately, I wasn’t able to keep it for long, as it was too dangerous…

Was it love at first sight with Amadeus?

Yes and no. He was intelligent and alright to look at, but he could be so boooring. Religion was the real love of his life. My dear Amadeus was suuuuper religious. When it came to reproduction, he was only interested when he wanted an heir. Otherwise, not a peep. Despite not being the friskiest member of the court, he was rather kind. And we did grow close having lived together for 19 years. After my death, he didn’t remarry; that shows you what a good man he was, he just wasn’t very good at expressing his emotions. And, no, he didn’t wear underpants in the Savoy colours – sorry to disappoint you.

How did you spend your days?

My main task was to provide my dear Amadeus with heirs. I spawned nine, six of which reached the ‘age of reason’. You don’t realise how dangerous giving birth is! Pregnancy was what killed me in fact… But let’s talk about something more light-hearted. Papa gave me the very best education. He introduced me to falconry. Galloping after a hunting hawk, what a rush! When I became the princess of Savoy, I asked to be represented on the official seals on horseback, holding a falcon. It was awesome! I also loved music (she grins). Dearest Amadeus obviously loved religious music. He brought lots of singers and musicians to the chapel. I played the organ. Impressive, right? When I put my fingers to the keys, there was a guaranteed party in the pews. 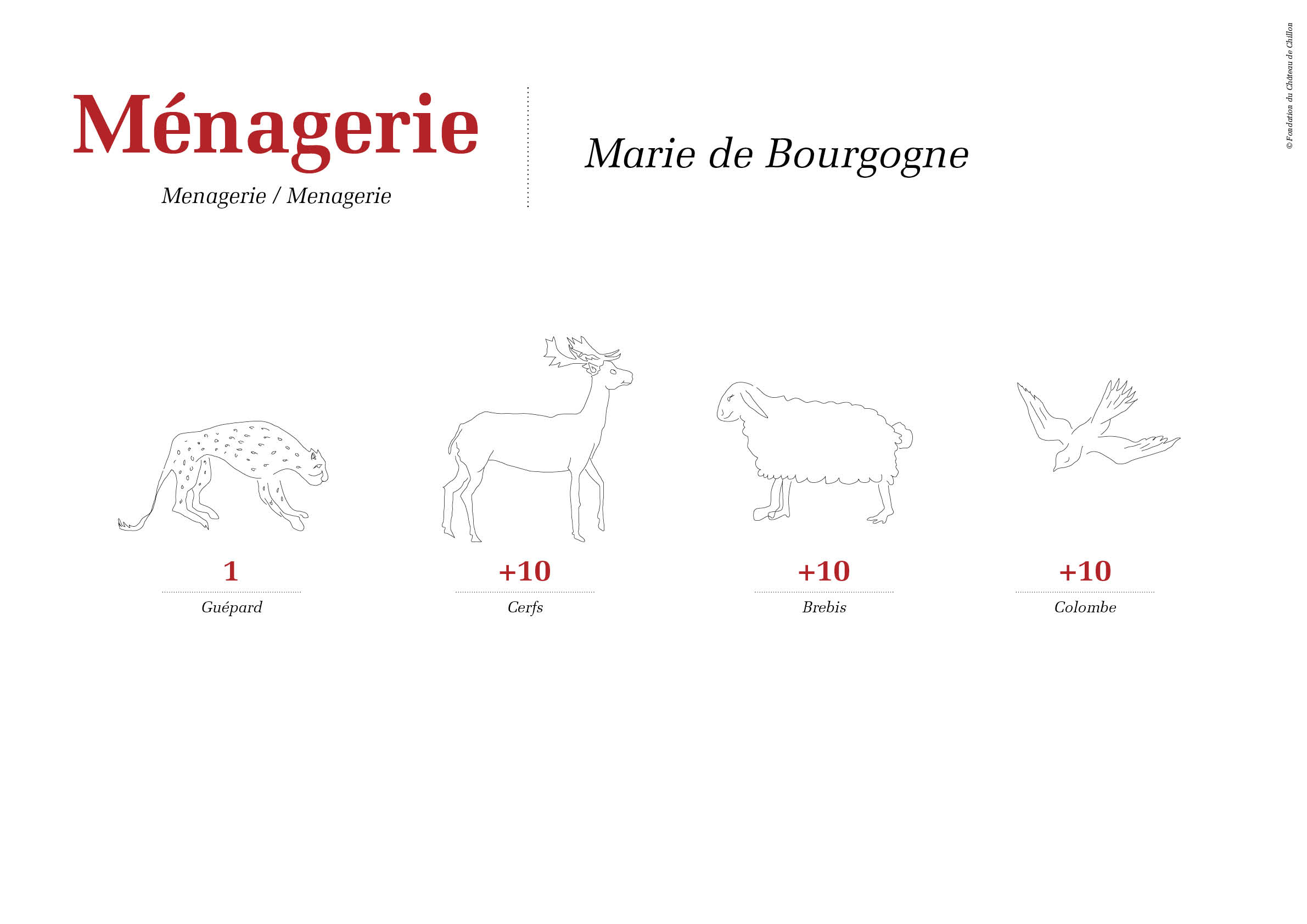 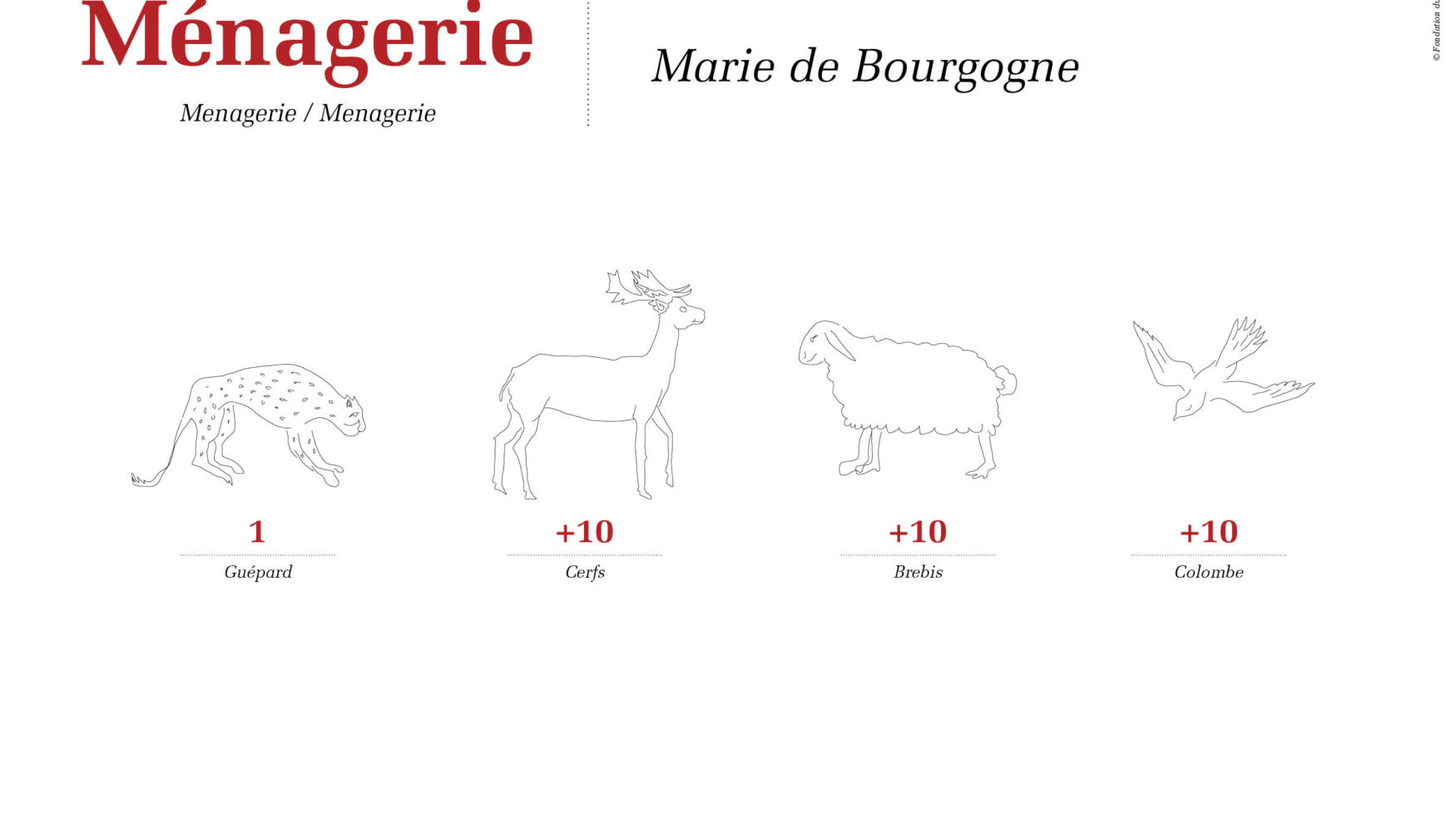