Looking for a unique location to hold your event? Why not hire one of the castle’s two great halls and treat yourself to an evening in one of the castle’s most iconic locations? An unforgettable experience for you and your guests in this exceptional setting – guaranteed.

In the Middle Ages, the Savoys used this room as a reception, banquet or feasting hall. It is also where they hosted their vassals and dispensed justice.

Named the ‘Aula Magna’ or ‘Aula Magna Inferior’ (large lower room) it became the milling room when a mill and press were installed in the 13th century, during the Bernese period. From 1839 it was renamed the ‘Hall of Justice’. The black marble columns and lakeside windows date back to the 13th century, the ceiling and chimney date to the 15th century.

This room comes with direct access to a professional kitchen. 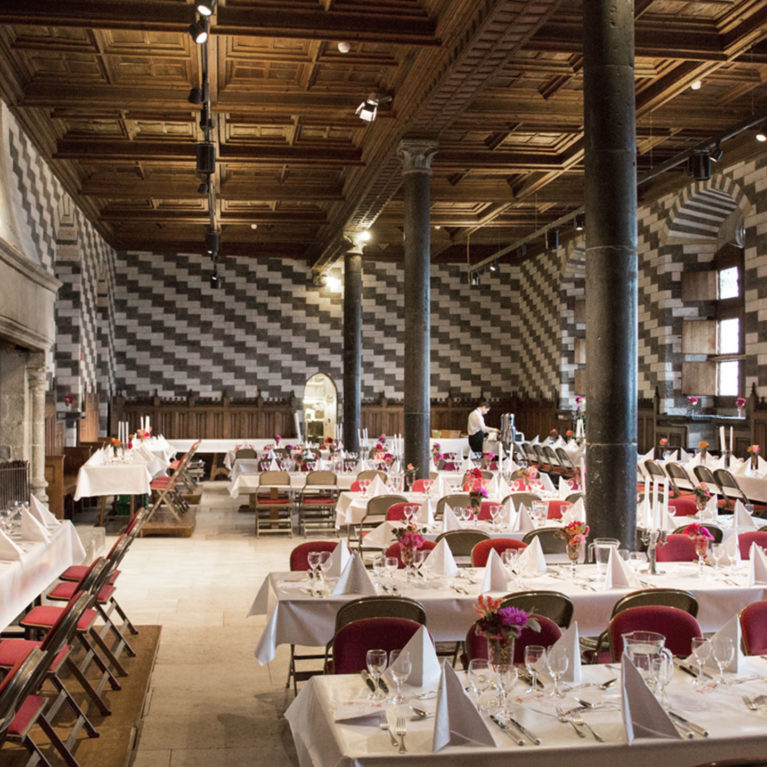 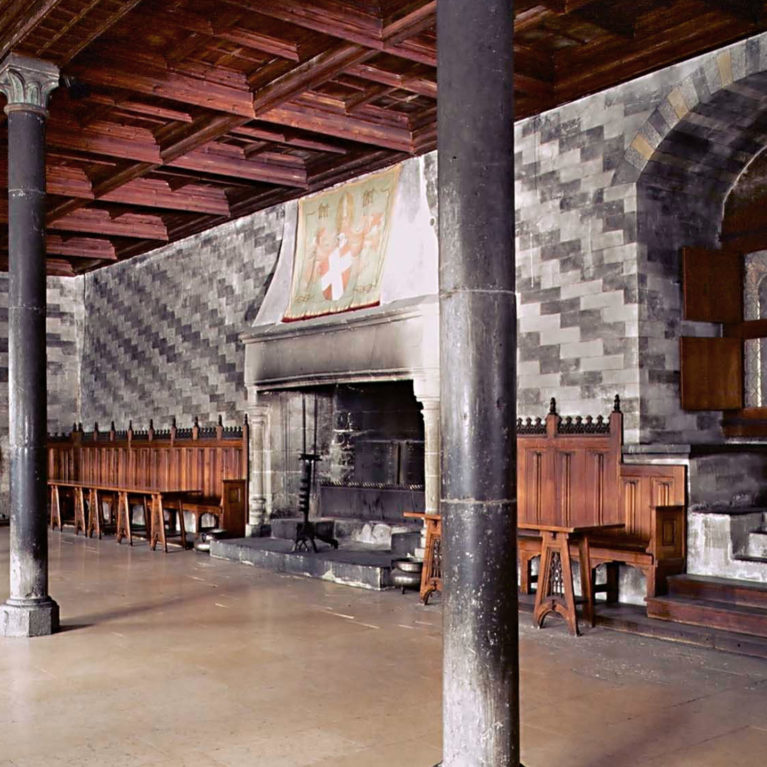 This room has been entertaining guests for over 700 years! Restoration work in the early 20th century gave it a medieval look.

As with most of the castle walls, these were decorated with distemper paint, based on models dating back to the late 13th century. The oak columns are 13th-century originals. The coffered ceiling and chimney date from the 15th century. This room is in the part of the castle that was formerly used as a residence, which explains the large 13th-century windows. In the Middle Ages, it was used as a dining room for the castellan. During the Bernese period, it was split into two: one part was a kitchen, the other a living room. 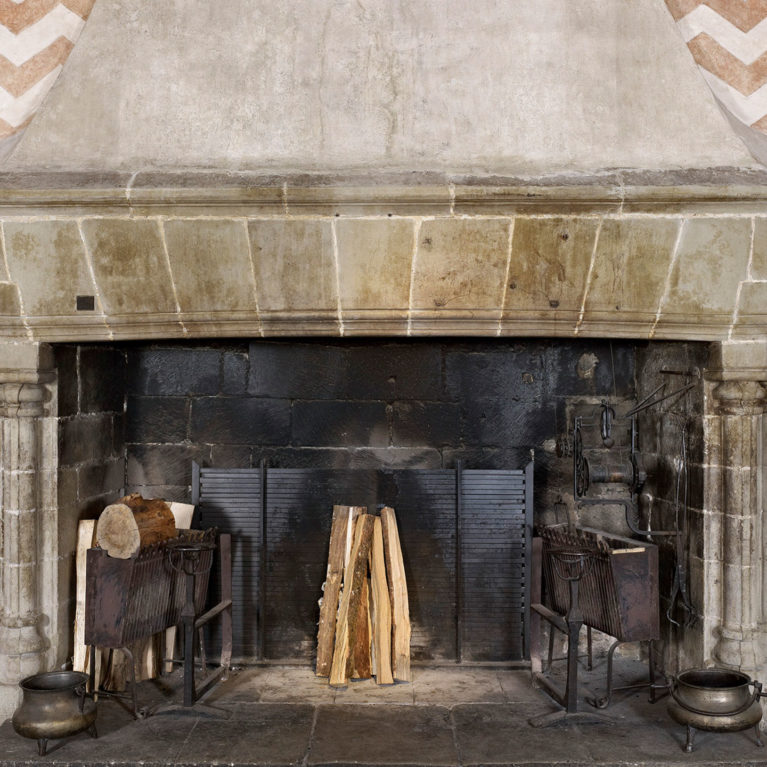 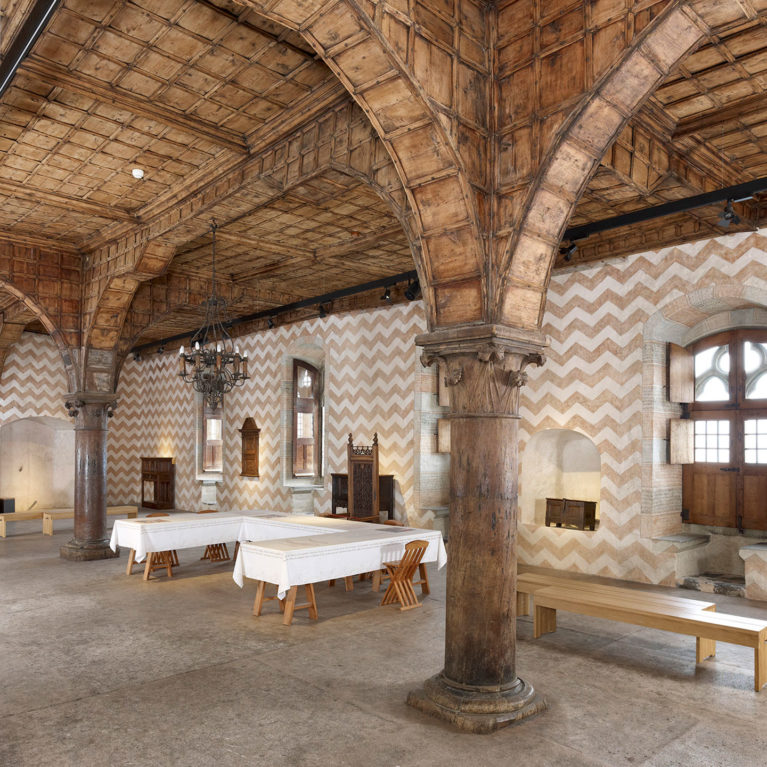 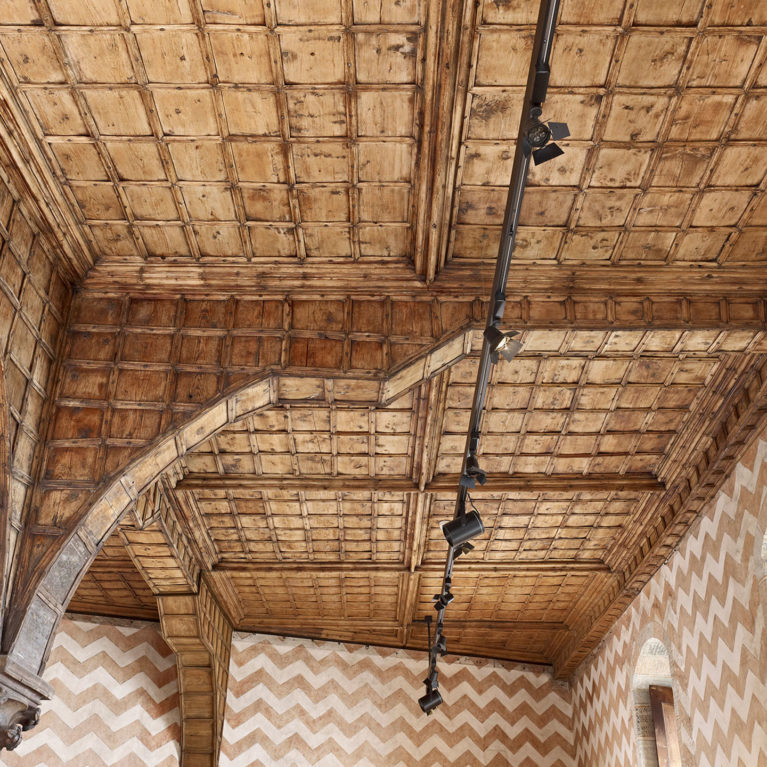 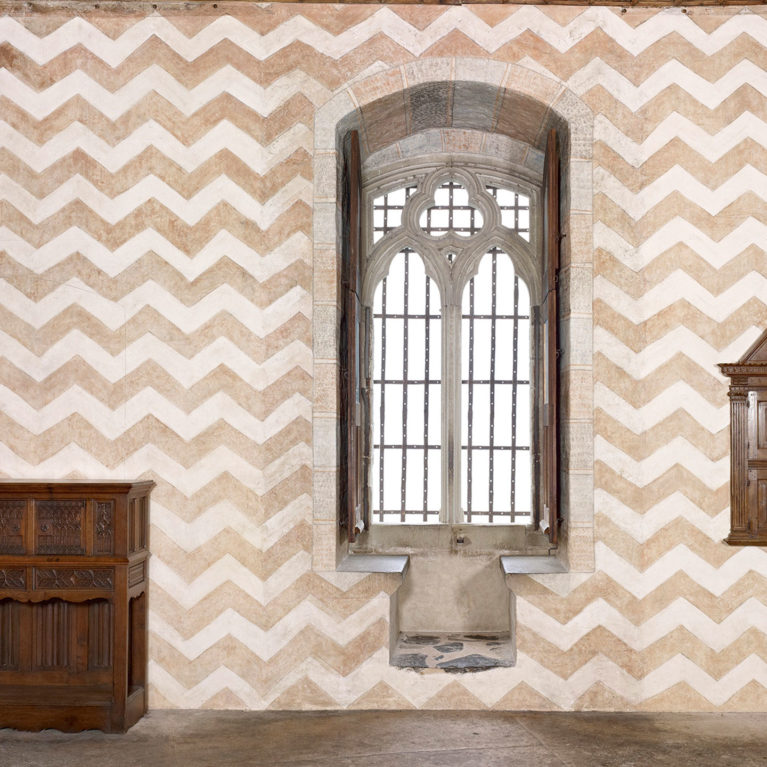 Carefully selected for their reputation, excellent service, and familiarity with the venue and its facilities, the caterers listed below offer a wide variety of specialities and styles to suit the most varied of tastes. 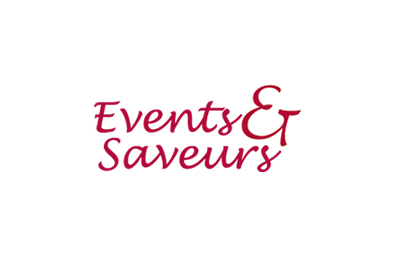 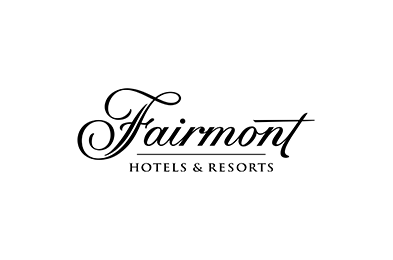 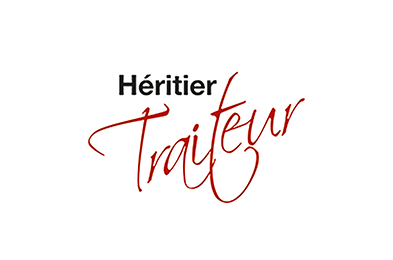 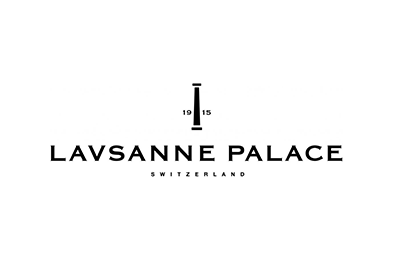 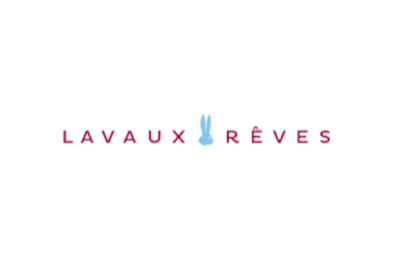 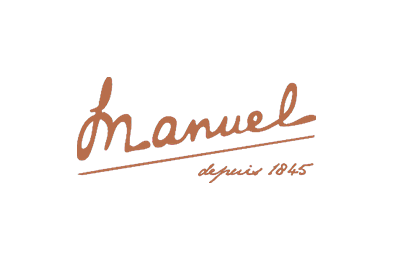 Prices are listed in Swiss francs and per person, based on a minimum group package for 100 people.

The cost of hire covers:

Tour with guide in medieval costume before the event: 150 CHF/guide
Log fire: 100 CHF/fireplace
Torches upon arrival and departure (10 torches): 200 CHF

Rooms can only be hired outside castle opening hours and until midnight at the latest.

Please check room availability and get in touch if you would like to organise a banquet or event at the castle.

Why not hold your talk or seminar in the unique setting of our Albert Naef conference room?

Situated at the heart of the castle, this magnificent wood-panelled room is named after the official Canton of Vaud archaeologist who undertook the major restoration work on the castle at the end of the 19th century.

Self-service refreshments: still and sparkling water, coffee, tea, croissants in the morning and chocolate in the afternoon.
You can also take an optional tour of the castle after the seminar, with or without a wine-tasting session. 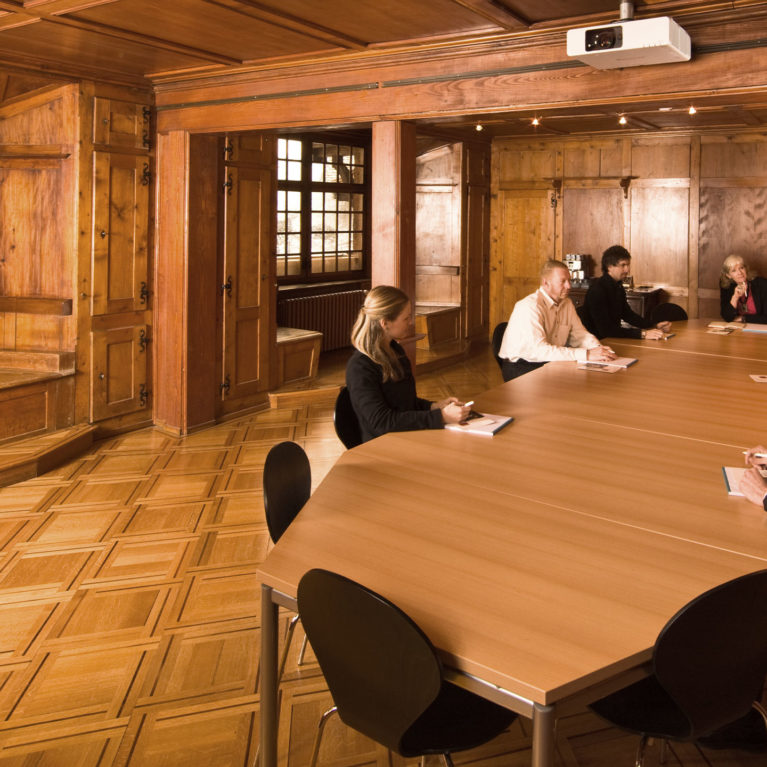 Prices are listed in Swiss francs per person.

Included in the price:
– Self-service refreshments: still and sparkling water, coffee, tea, croissants in the morning and chocolate in the afternoon
– Optional tour of the castle after the seminar, with or without a wine-tasting session!

Please confirm room availability and get in touch if you would like to arrange a seminar at Chillon.